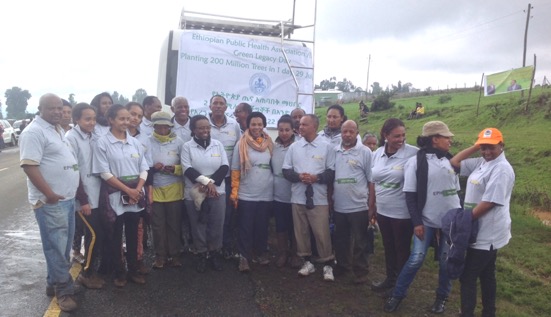 As part of his green legacy goal, Prime Minister Dr. Abiy Ahmed has set an initiative to plant 4 billion trees within 2 years.

Records showed that a total of 353,633,660 tree seedlings had been planted in 12 hours which represents a world record to tackle climate change.

Participants from EPHA said that it is proud to be part of this historic event.

“We will continue our effort to combat the consequences of deforestation and climate change.” They added.

It is recalled that EPHA’s 30th conference main theme was about impacts of climate change on public health; mainly on the challenges of Ethiopia in the 21st century.